One of my stated goals for this blog was to review films that I’d seen. My husband and I see a lot of movies – in the theater and at home – and, as I am a highly opinionated person, I wanted to share those opinions.

But, as you know, I failed miserably. I have definite opinions, and had intended on doing in-depth analysis on many of the movies, with lots of pictures, and links, and everything…but, eh. There are a few I might want to talk about again a little later, and an actor or two, but for now, a quick overview.

These are movies that we saw in the theater.  A review of the films we watched at home would be sooooooooooo much longer. But rest assured that if it was in the theaters this year, we probably saw it. 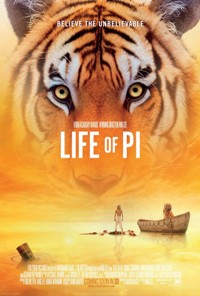 An amazing film. The special effects and imagery are breathtaking. The sinking of the ship was a terrible and beautiful sequence, but it was the whale and phosphorescent sea that took my breath away. It was impossible to tell the difference between the CGI tiger, Richard Parker, and the real one. The floating island was both gorgeous and terrifying. And although I’m not a religious person, the spirituality of the film touched me deeply. There were many moments that had me in tears. I recommended the film to everyone. 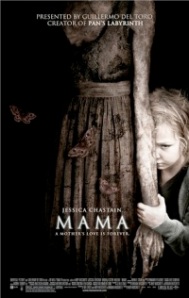 A nicely-done ghost story with some truly frightening moments. I liked the fact that most of the “Mama” ghost scenes were practical effects, as opposed to CGI. (A practical effect is one that’s done physically, in front of the camera, as opposed to afterwards in a computer.) The feral children were scary, as well – their animalistic ferocity was as frightening as the ghost.

Okay, now this one was fun. It wasn’t high art, but it was a creative take on the Hansel and Gretel fairy tale, with the story picking up after the brother and sister had grown up and become – you guessed it – witch hunters. There’s a couple of twists, and the effects and violence were reminiscent of the original “Evil Dead” movies – over-the-top, cartoony, and with a great deal of humor. Turns out that the world is full of all different kinds of witches, and you sometimes really do need professional witch hunters to keep the countryside safe.

And Jeremy Renner was in it, so it already had something going for it, as far as I was concerned.

Three-and-a-half out of five stars.

Another update– in this case, of “Romeo and Juliet”. “R” is a young zombie who begins to reclaim his humanity when he falls in love with “Julie”, a survivor of the zombie apocalypse who lives in a walled-off city, and whose father is the military commander who runs the city. There’s a lot of humor and heart, and the performances are fun to watch, especially Rob Cordday, who plays R’s best friend. (He’s also a zombie. Their conversations pretty much consist of grunts and groans with subtitles.) Of course, the whole conceit of the film is that zombies are still partially sentient and have vague memories of what it was to be alive, and the more they behave human, the more they become human again.

Melissa McCarthy is very, very funny. And since I’m already a fan of Jason Bateman, I was inclined to like the movie, anyway. A little too neatly wrapped up, but fun.

Oz the Great and Powerful

Oh, god, what a stinker. James Franco is a very strange actor – sometimes he’s on fire, and other times he’s so, so bad… He had two other films later in the year that I thought he killed in (Spring Breakers and This is the End) but this was just so, so bad. And although I saw several bad movies this year, this one is by far my pick as the Worst Film of 2013.

Zero out of five stars.

Not that bad, with some entertaining scenes. I’m a big fan of Steve Carell, so I liked him, and Jim Carrey surprised me as the Chris Angel-type of magician. Kind of forgettable after you’ve left the theater, though.

Two out of five stars.

Such a strange and surreal independent. Four college girls head to Florida for Spring Break and get involved with a drug dealer/rapper James Franco. The film is hallucinatory, with the sound and music fading in and out, and the picture and colors over-saturated at times. There’s always a feeling of danger and dread surrounding the girls, and after one of them gets frightened enough to head home, the others stay and are willingly dragged into criminality, becoming involved in armed robbery and darker things. Things that involve guns and money and sex and murder. Sometimes there’s no dialogue – just images and impressions and bikini-clad girls wearing athletic shoes, pink facemasks and toting automatic rifles, running off into the darkness. It’s amazing.

Not bad. The fact that it was based on a true story was sobering. Dwayne “The Rock” Johnson has turned into a pretty fair actor, when he’s in a vehicle that requires he act, not just flex.

Another Dwayne Johnson movie, but so over-the-top. Soldiers, ninjas, kung-fu, explosions, a super weapon, guns, an imposter president, the destruction of London, escapes, blood, bullets, comic book villains…it was just too much. Too. Damn. Much. Even Bruce Willis couldn’t really save it, although his back story as the original “G.I.Joe” is interesting.

One out of five stars.

Gross, gross, gross. This remake is one of the goriest films I’ve ever seen. Kind of funny, like the original, but it’s so, so bloody. Not for the faint of heart. But for the genre, it’s a very well-made film, with a smart script, solid acting and some genuinely horrifying moments.

The little snippet after the credits is so awesome! (SPOILER) “Groovy.”

Three-and-a-half stars out of five.

Pointless. I’m not much of a Tom Cruise fan to begin with, so I wasn’t all that thrilled to begin with. It has a weak story,  adequate acting, and some decent effects. And Morgan Freeman is always great.

One out of five stars.

One of the most surprising films of the year! If you didn’t see it, rent it or stream it, now. It’s hilarious, and the fact that it’s based on a true story just makes it all the funnier. Some people are just too inept to be successful at being crooks, but are so completely unaware of their ineptness that they actually dare to do the deed.  If this was a work of fiction, critics would have savaged it for being unbelievable. Mark Walberg, Dwayne Johnson and Tony Shalhoub turn in great performances.

Loved it. I am an unabashedly avid comic book movie fan, and I loved the first two “Iron Man” films. I adore Robert Downey, Jr.  – especially as Tony Stark – and will watch anything he does. And I loved Ben Kingsley as the Mandarin! (SPOILER) Both versions of him. The dotty Brit Trevor Slattery who was playing the Mandarin is almost more fascinating than the villain himself.

In case you loved Trevor Slattery, too, there’s a short Marvel film about him in prison that’s bundled to the February 25th release on DVD and Blu-Ray of Thor: The Dark World. It’s called “All Hail The King”, and looks awesome.